Inspirational Movies To Help You Achieve Your Goals 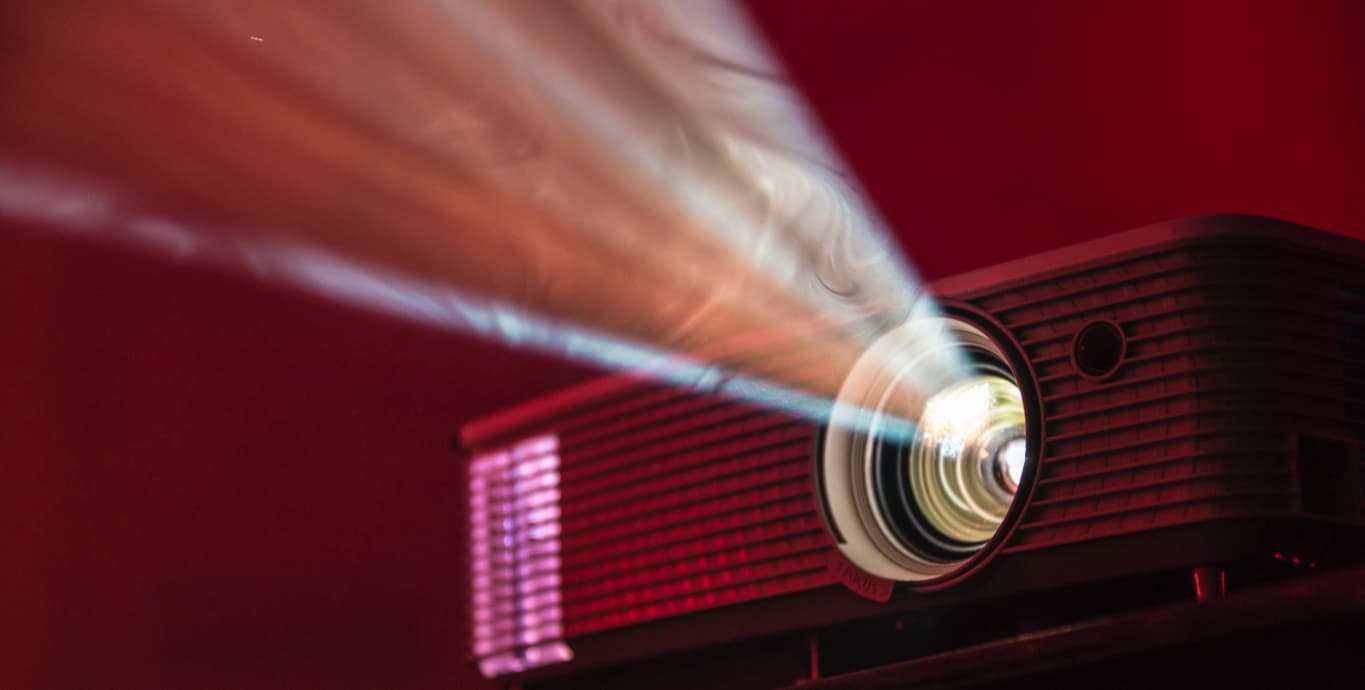 Inspirational Movies To Help You Achieve Your Goals

The new year brings a sense of optimism, a clean slate that holds endless possibilities for progression and new goals and events to take part in. New Year’s Resolutions go hand-in-hand with this notion of new beginnings but sometimes it can be hard to push yourself forward and pursue the goals you want to achieve. For this, you’ll need inspiration and what better way than through a movie or TV show. Over the years, there have been countless movies that have offered us motivation, given us a new outlook or simply reinvigorated us. We have pooled together movies and TV shows that we think will be a massive help for you as you look to conquer a new goal for the new year.

14 Peaks – To kick us off, a documentary about a man trying to do something truly amazing. Nirmal Purja attempts to climb every peak in the world over 8000m, 14 mountains, in just over 6 months! To put this in perspective, the closest comparative time is believed to be about 7 years! What follows is a truly inspirational tale about conquering the impossible as Nirmal and his family discuss and combat the reality that this challenge could very well cost him his life. It’s a movie that is brilliantly crafted and nothing embodies the ‘you only live once’ mantra more than this frankly inhumane effort. Massive respect to Nirmal, who was also responsible for assisting our friend Ed Hill in his incredible ascent up Mount Everest in 2021. 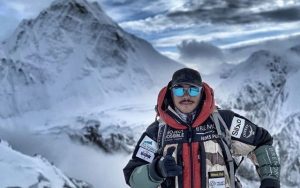 Rocky – The ultimate underdog story needs no introduction but it is still one of the most uplifting and entertaining movies I have ever seen but in this case, there are 4 of them. Every Rocky has its strengths and I’m not going to make an argument by choosing a favourite but I will say that when it comes to telling a story of triumph and failure; of never giving up; of achieving greatness when you simply shouldn’t be able to; few hold a candle to the Rocky series. They are simple, loving and profoundly motivating. Sometimes, the simplest stories leave the biggest impression and Rocky is a true testament to that. 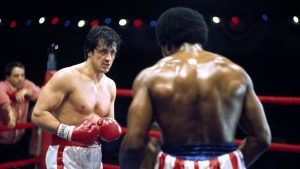 Iron Cowboy – This awesome movie is the story of triathlete James Lawrence and his attempt to complete a truly insane 50 Ironman races in 50 days, across 50 US states.

If you’ve ever completed a triathlon or Ironman event, you’ll be one step closer to appreciating what’s involved in this feat. Similarly, if you’ve never attempted one, this may just inspire you to give it a go. The documentary showcases how the human body can be pushed to its limits and what can be achieved when you do so. 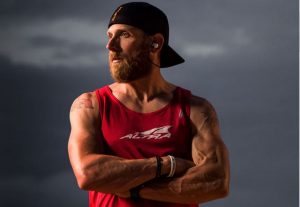 Losers – This might seem a bit of a bizarre choice for a list about motivation and succeeding on goals. However, knowing how to lose and how to respond to disappointment or failure is just as important in pursuing a new goal. Losers explores that by looking at a series of different ‘losers’ in sport and how they dealt with that setback. If you’re looking for a specific episode recommendation, episode 5 is particularly inspiring as Mauro Prosperi is lost in the desert after competing in the 1994 Marathon des Sables. An important and thrilling series, embracing loss allows us to enjoy our victories more.

I Believe in Miracles – The story of a man and a football club and the most incredible underdog story to ever grace the world of football. Brian Clough takes lowly Nottingham Forest from championship strugglers to european giants in 3 short seasons. A well-made, if a bit sappy, documentary catalogues the rise of the club and it’s a nostalgic delight. A story of overcoming the odds and achieving something remarkable. 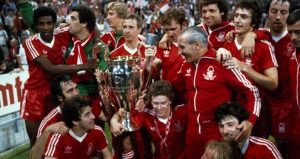 Free Solo – Free Solo is a documentary based around free climber Alex Honnold and his incredible climb of El Capitan in Yosemite National Park. The movie’s core theme is the fact that Alex was quite likely to die while filming it and the film explores the ideas of fear and why Alex is willing to push himself so far in great depth. It’s a movie that is gripping, engaging and quite frightening as Alex experiences triumph and setbacks. In terms of pushing yourself as far as you can go, this movie is a lightning bolt of inspiration. 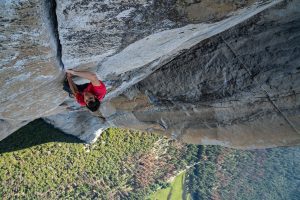 The Karate Kid – A classic for a reason, the Karate Kid is a brilliant underdog story that showcases the power of never giving up and pushing through under the utmost pressure. Mr Miyagi and Daniel’s relationship is truly heartwarming and the movie provides a lot of good life lessons amongst the karate action. 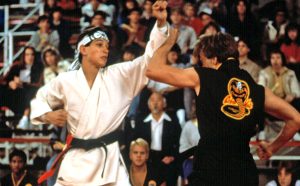 Unbroken – Probably the most brutal movie in this list, Unbroken focuses on the story of Olympic runner Louis Zamperini and his experiences as a prisoner of war during WW2. The movie is unrelenting and can feel quite hopeless at points but Louis’ resolve stays strong throughout and the relief and joy felt at the end of the movie feels incredibly rewarding. A story about courage and determination overcoming the most difficult and horrible of circumstances.

Chariots of Fire – Chariots of Fire needs no introduction. A movie about two olympic runners, one a jewish man and the other a devout christian. Overcoming an immense challenge while sticking true to your principles is such an inspiring message and the movie provides such an incredible advert for running that you’ll no doubt head out for a jog on its completion! While the movie is obviously centered around faith, the movie’s message can be applied to any situation and the belief in achieving your goals no matter what is super important. 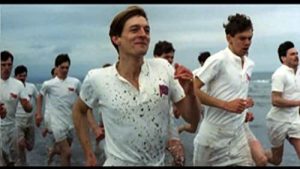 Cool Runnings – It’s bobsled time! The classic comedy still gets me going today and is just such a joyous watch that it provides that little perk up we all need from time to time. The ending scene is still so satisfying with the character’s arcs all fulfilling that drive towards achieving something special beyond what is even considered possible. It’s an inspiring favourite that is all so rewarding today.

Personal Gold – An Underdog Story – In the wake of the Lance Armstrong scandal, the cycling world was thrown upside down. This movie covers the story of the American women’s cycling team in the 2012 Olympics who have the expectations of a nation thrown onto their shoulders after the men’s team are suspended due to the Armstrong investigation. The women’s efforts and reaction to dealing with the newfound pressure is such an interesting and rewarding viewing experience and a brilliant example of responding incredibly to a sudden change in circumstances. 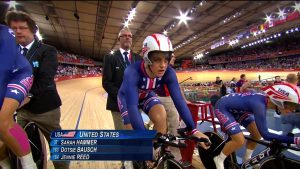 Transcend – Transcend follows Wesley Korir as he moves from a life of hardship in Kenya due to his incredible running abilities before returning to his homeland to inspire change and to help better the lives of his people. The peaks and troughs of the story from his Boston Marathon success to his MP campaign in Kenya provides a picture of the struggles and ambitions of Wesley and how determined he is to see them through.

Fast Women (2010) – This story follows 4 female runners as they pursue their dreams of competing at the highest level. Three women are aiming for the U.S. Olympic Marathon Trials, while the fourth is a 32 year old woman who is trying to qualify for the Boston Marathon after having suffered a debilitating stroke. Their friendships and relationships are tested by their ultimate desire to succeed and it’s a brilliant reminder of the potential cost of dreams as well as the rewards.

So there is a small list of movies and TV shows that should help get you motivated over the coming weeks and remember to set yourself a goal. No matter how small it may seem, set it. We don’t get long on this planet so make the most of it and push yourself further, you may just surprise yourself.